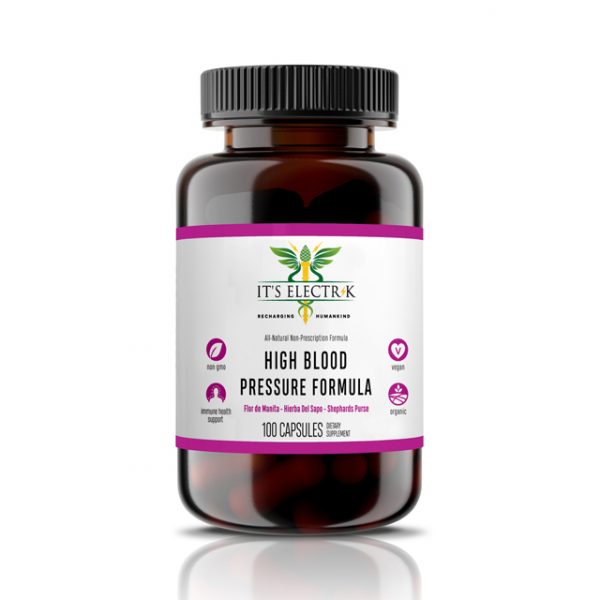 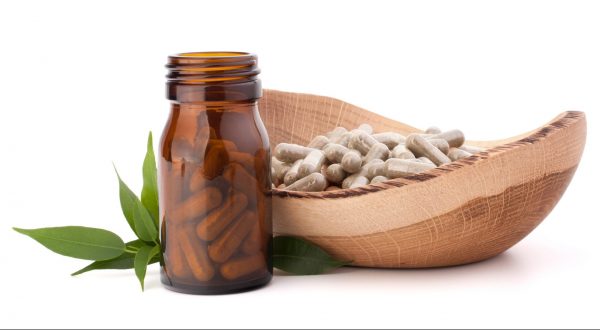 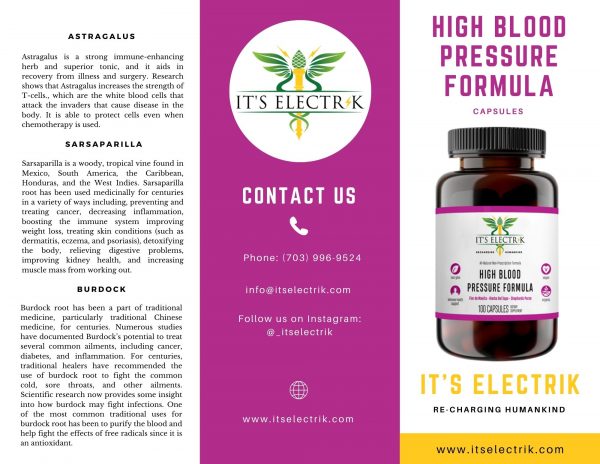 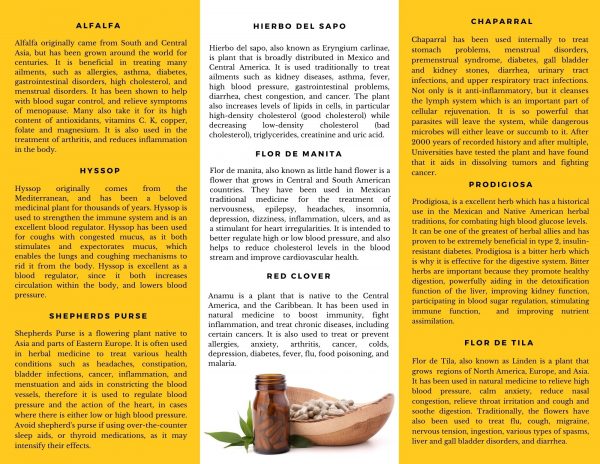 High blood pressure is a common condition in which the long-term force of the blood against your artery walls is high enough that it may eventually cause health problems, such as heart disease.

A healthy diet, physical activity, and maintaining a healthy weight are the first, most important part of reducing blood pressure. However, when those are not enough to maintain your appropriate levels, natural herbs can help regulate and lower blood pressure levels in order to prevent complications.

Milled into a fine powder, these minerals are contained in easy to swallow vegan capsules. Each capsule contains 900mg of natural 100% ingredients. No fillers, additives, chemicals or artificial ingredients.

Astragalus is a strong immune-enhancing herb and superior tonic, thus aids in recovery from illness and surgery. Research shows that Astragalus increases the strength of T-cells., which are the white blood cells that attack the invaders that cause disease in the body. It seems to protect cells even when chemotherapy is used.

Sarsaparilla is a woody, tropical vine found in Mexico, South America, the Caribbean, Honduras, and the West Indies. Sarsaparilla root has been used medicinally for centuries in a variety of ways including, preventing and treating cancer, decreasing inflammation, boosting the immune system improving weight loss, treating skin conditions (such as dermatitis, eczema, and psoriasis), detoxifying the body, relieving digestive problems, improving kidney health, and increasing muscle mass from working out.

Burdock root has been a part of traditional medicine, particularly traditional Chinese medicine, for centuries. Numerous studies have documented Burdock’s potential to treat several common ailments, including cancer, diabetes, and inflammation. For centuries, traditional healers have recommended the use of burdock root to fight the common cold, sore throats, and other ailments. Scientific research now provides some insight into how burdock may fight infections. One of the most common traditional uses for burdock root has been to purify the blood and help fight the effects of free radicals since it is an antioxidant.

Alfalfa originally came from South and Central Asia but has been grown around the world for centuries. It is beneficial in treating many ailments, such as allergies, asthma, diabetes, gastrointestinal disorders, high cholesterol, and menstrual disorders. It has been shown to help with blood sugar control and relieve symptoms of menopause. Many also take it for its high content of antioxidants, vitamins C. K, copper, folate and magnesium. It is also used in the treatment of arthritis and reduces inflammation in the body.

Hyssop originally comes from the Mediterranean and has been a beloved medicinal plant for thousands of years. Hyssop is used to strengthen the immune system and is an excellent blood regulator. Hyssop has been used for coughs with congested mucus, as it both stimulates and expectorates mucus, which enables the lungs and coughing mechanisms to rid it from the body. Hyssop is excellent as a blood regulator, since it both increases circulation within the body, and lowers blood pressure.

Shepherds Purse is a flowering plant native to Asia and parts of Eastern Europe. It is often used in herbal medicine to treat various health conditions such as headaches, constipation, bladder infections, cancer, inflammation, and menstruation and aids in constricting the blood vessels, therefore it is used to regulate blood pressure and the action of the heart, in cases where there is either low or high blood pressure. Avoid shepherd’s purse if using over-the-counter sleep aids, or thyroid medications, as it may intensify their effects.

Flor de Manita, also known as little hand flower is a flower that grows in Central and South American countries. They have been used in Mexican traditional medicine for the treatment of nervousness, epilepsy, headaches, insomnia, depression, dizziness, inflammation, ulcers, and as a stimulant for heart irregularities. It is intended to better regulate high or low blood pressure, and also helps to reduce cholesterol levels in the blood stream and improve cardiovascular health.

Anamu is a plant that is native to the Central America, and the Caribbean. It has been used in natural medicine to boost immunity, fight inflammation, and treat chronic diseases, including certain cancers. It is also used to treat or prevent allergies, anxiety, arthritis, cancer, colds, depression, diabetes, fever, flu, food poisoning, and malaria.

Chaparral has been used internally to treat stomach problems, menstrual disorders, premenstrual syndrome, diabetes, gall bladder and kidney stones, diarrhea, urinary tract infections, and upper respiratory tract infections. Not only is it anti-inflammatory, but it cleanses the lymph system which is an important part of cellular rejuvenation. It is so powerful that parasites will leave the system, while dangerous microbes will either leave or succumb to it. After 2000 years of recorded history and after multiple, Universities have tested the plant and have found that it aids in dissolving tumors and fighting cancer.

Prodigiosa is an excellent herb which has a historical use in the Mexican and Native American herbal traditions, for combating high blood glucose levels.  It can be one of the greatest of herbal allies and has proven to be extremely beneficial in type 2, insulin-resistant diabetes. Prodigiosa is a bitter herb which is why it is effective for the digestive system. Bitter herbs are important because they promote healthy digestion, powerfully aiding in the detoxification function of the liver, improving kidney function, participating in blood sugar regulation, stimulating immune function, and improving nutrient assimilation.

This product has not been evaluated by the FDA, and is not intended to diagnose, treat, cure or prevent any illness or disease. For diagnosis or treatment consult your physician*